You can usually find tubular locks on vending machines, ATMs, glass store displays, and a few more places. However, they aren't a common sight. As one of the less popular lock types, you might be wondering if all tubular locks are the same. Is a tubular lock key universal? We've looked into these questions and summed up the answers in this post.

Although tubular locks come with universal key options, it's crucial to note that these won't always work with every barrel lock. Each tubular lock type will be compatible with a key made particularly for that key code. And so, each type of barrel lock requires a specific key type to use.

Finding the right key to use with different tubular lock types may take time if you are unsure of the model. If you want to know more about the common sizes and how to pick a barrel lock, keep reading as we delve into these points.

Do All Vending Machines Use The Same Key?

Their keys are designed with a unique key code to use for each model. Thus, it requires you to have only one version of a tubular lock installed if you want to use a single key on all of them.

So, if you buy 10 vending machines from the same factory, you can use one key to access all 10 locks. But if 2 of the machines come from a different manufacturer, the key used on the majority may not work with the other 2.

Having tubular locks keyed similarly plays a crucial role in keeping them functional. On the other hand, each distinct key that comes with separate models is one way to increase the security levels of this type of lock.

Tubular locks feature a cylinder with about 6 to 10 pins. They use the usual pin tumbler system, but unlike typical locks, these pins move horizontally. And so, both the key pins and drivers are put together.

The shape of a tubular lock key is round with an open center and grooves cut to fit the lock's keyway. The key's shape makes it vital to insert it correctly.

A tubular lock key would usually come with a notch that guides you when fitting it into the keyway. It will prevent you from inserting it without lining it up with the hole.

Its overall mechanism makes it a safer option, especially with its high resistance against lock picking.

What Is The Most Common Tubular Lock Size?

Tubular locks come in varying sizes, with 7-pins being the most common and 10-pins the least popular. You often find these used in vending machines, computers, bicycle locks, and glass displays.

Other tubular lock sizes go as little as 4 pins, depending on the manufacturer. These sizes help differentiate each lock and make lock picking more complicated. In addition to having a different number of pins, it follows specific key pin patterns.

Some barrel locks are made with additional measures that shield the pins to keep lock picks from reaching the mechanism.

How Do You Open A Tubular Lock Without A Key?

To open a tubular lock without a key, you will need to pick the lock. Tubular locks distinctly feature unique keys and so cannot be easily opened with any key. The circular keyhole is another characteristic that prevents other people from accessing it without effort.

Manufacturers can send over replacement keys for new locks and machine models, including the key code that came with the original copy. But keep in mind that this won't always be available.

Making backup copies of your current universal tubular lock key saves you time and effort when you lose the main key. You can also get in touch with a locksmith to cut you a new key.

For standard locks, learn about how to make a key through this post: Can You Make A Key From A Lock?

How Do You Pick A Tubular Safe Lock?

In case of emergencies, you might have to pick a tubular lock yourself, whether it's on a vending machine or a safe. A tubular safe lock is likely to be trickier, especially being designed for security.

You can pick a tubular lock with a few techniques, most of which will require you to have the proper tools. These are the following:

Tubular locks with higher security measures will take longer to pick, but it's possible to use the SPP method. Here is how:

If you don't have time to purchase a specialized lock pick, consider this method:

If you're dealing with a magnetic lock, read this post for a step-by-step guide: How To Open A Magnetic Lock [Even Without A Key]

Can A Locksmith Pick A Tubular Lock?

Yes, a locksmith can help with picking a tubular lock. Professionals are equipped with the tools necessary for accessing and repairing different types of locks, including tubular locks.

If you find a locksmith with a key cutter, you can request to have your key duplicated instead. That way, you receive a replacement or backup key along with getting the lock opened.

Tubular lock key copies range between $6 to $8 per key. You can also have your barrel locks rekeyed at $30 to $35 per lock, excluding labor and travel costs.

Tubular locks offer higher levels of security because they are harder to pick unless you are using the right tools or getting help from a professional. These usually require the use of unique keys to operate the lock. And so, they do not particularly have a universal key that works on all barrel locks.

Instead, tubular locks have universal keys designed for each lock type or model. Most manufacturers produce these locks in versions, providing a single key to access all the locks under it. Thus, it prevents the use of different keys to access the tubular lock and further heightening its security. 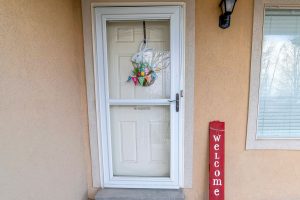 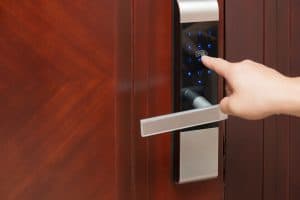 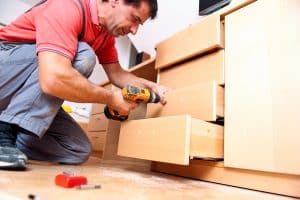